A modernist design art pottery figure of a tramp or clown like violinist by the Hungarian artist Istvan Gador (1891-1984). Made from a terracotta colour earthenware and decorated with pastel coloured glazes. Signed on the underside “Gador Hungary”. Most likely dating from the 1950s.

Istvan Gador was an “award-winning ceramist, designer is recognized as the founder of the modern Hungarian ceramics, one of the most important masters of the field next to Margit Kovács and Géza Gorka.

As an artist he reflected sensitively to changes within society and applied arts; his work is characterized by respecting traditions, constant experimentation and rejuvenation. He started his studies at the Sculpture Department of the Hungarian Royal Institute of Arts and Crafts. Later on he developed an interest towards ceramics after visiting an exhibition in Vienna and learned the basics of the technology at a brickyard and a masonry stove manufacturer.

The early period of the artist featured primitive expressionism, he mainly created grotesque animal figurines at the time. From the 1930s his attention turned to folk art, he evoked motives and forms of the traditional Hungarian pottery. His organic, more abstract style / artistic expression has begun to evolve from the 1940s, while from the early 1960s he became more and more interested in the possibility of mixing clay and glaze with other materials such as metal and glass. In the latest period of his life he turned to spatial sculptures built from prefabricated industrial porcelain forms.” ref-www.danubetourism.eu/istvan-gador-oeuvre-exhibition-vac

Postage –
Within the UK
Hermes Couriers.

There are no reviews yet.

Be the first to review “Istvan Gador Figure” Cancel reply 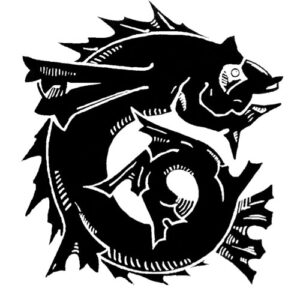